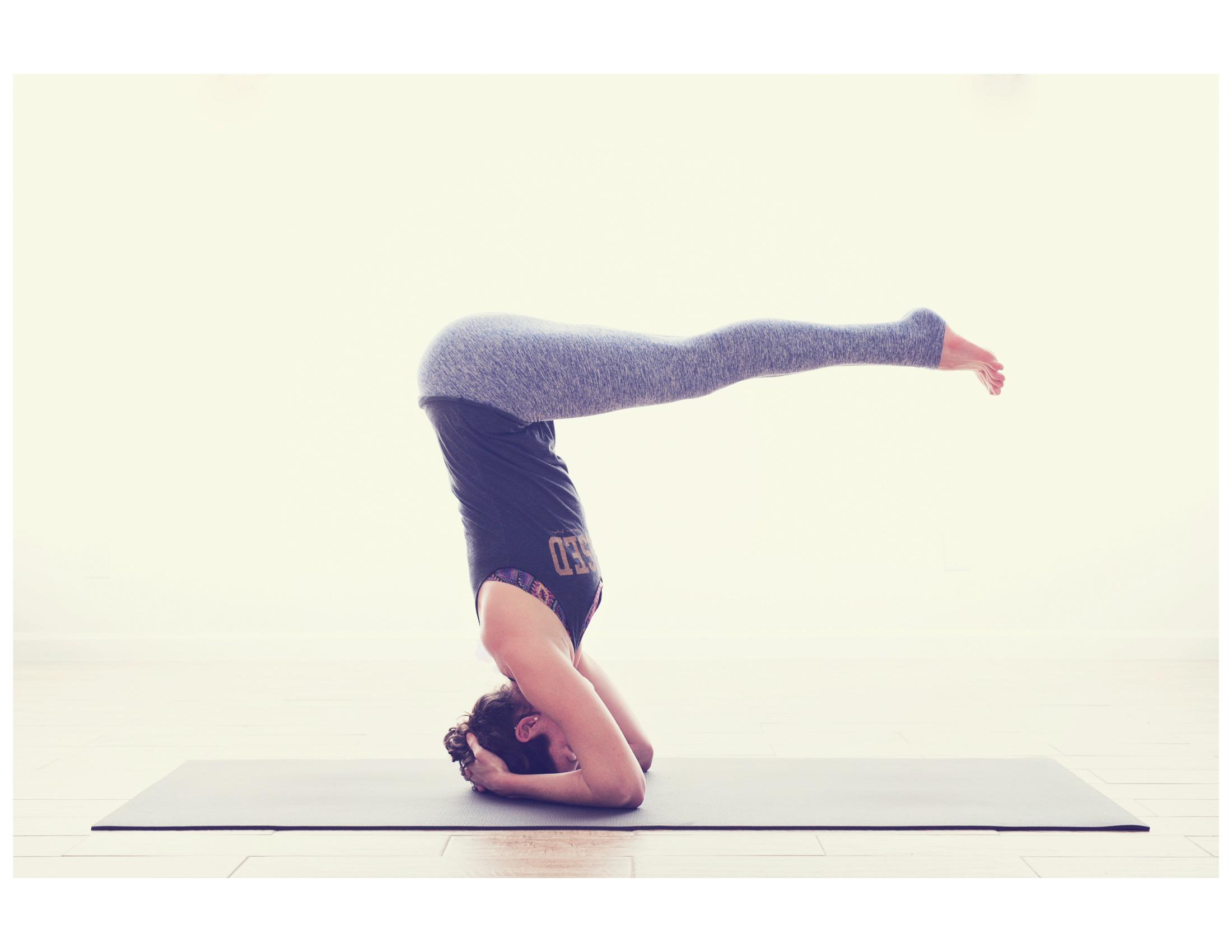 As yoga class was called to order, I couldn’t help but notice the group of us present for early morning Ashtanga class were all women over the age of 30. In fact the average age amongst the group that stepped forward into Samisthiti was 45 years old. More than half were mothers with kids at home.

Not for the faint of heart, the Ashtanga yoga system as taught by the late Sri K. Pattabhi Jois separates the men (women) from the boys (14-year old ones.) It takes quite a bit of strength, dedication and perseverance to move this rigorous sequence in its entirety, six days a week. Just for perspective, by the time it’s said and done, a practitioner will have done more than 50 push-ups, a few arm balances, a couple of backward rolls, and asked the body to stretch in inconceivable ways. And this is only the Primary Series.

I've repeatedly heard throughout my yoga journey Ashtanga was designed for 14-year old boys, though this may be debatable. If nothing else it was the demographic practicing the series at an institute in Mysore, India, under Krishnamacharya. The message delivered to female yogis, particularly those of a certain age, was not to worry if this system seems difficult or unattainable. Certain poses aren't accessible to women as structural differences in female anatomy preclude us from mastering this style of yoga. For some reason I bought into this idea and actually didn’t even bother trying Ashtanga until after 10 years of practicing yoga. I’m glad I did. 14-year old boys, my ass.

Ashtanga opened my eyes. First of all, it is incredibly humbling. It must have looked like I had never practiced yoga before. The primary series really tests my internal strength (and of course physical strength, too.) I have been shown many times during this practice what I'm made of, which at times is downright embarrassing. I've learned there are no shortcuts in this practice. The lessons in patience and the importance of discipline have been invaluable to me. The times I've pushed myself past my limit to make strides in the primary series have led to injury. Consistent practice has been the only sure way to lasting progress. And besides, like Guruji evidently used to say, "Why hurry?"

I would love to say I practice the primary series six days a week and float through and jump back like a good little Ashtangi, but let’s get realistic here. I practice when I can and it's right for my body. On some level I've had to learn acceptance of my own limitations. I might never be able to express some of the poses in the primary series, though it has not stopped me from trying. While progress is slow and minimal, it can happen. Ashtanga has shown me just like most things, if I keep at it, one day I might do the thing that initially seemed impossible, like reaching my foot behind my back.

I absolutely love Ashtanga. In fact so much so it influenced the name of my yoga studio, which is now called Yoga Chikitsa, the name for the Primary Series in Sanskrit. It was the sole purpose of our yoga retreat last February in California, where we practiced intensely under the guidance of beautiful Diana Christinson, founder of Pacific Ashtanga and authorized Ashtanga teacher. Just for the record, more than half of the members on our retreat were over 50 years of age. We might not be 14 anymore nor are we male, but we still have the ability to access the strength we need to move through the practice.

So my message to those of you who think of yourself as "old" is: you aren't. Consider trying the Ashtanga practice. It is never too late. We may never be able to master every pose in the primary series, but the lessons and rewards of the journey are invaluable.