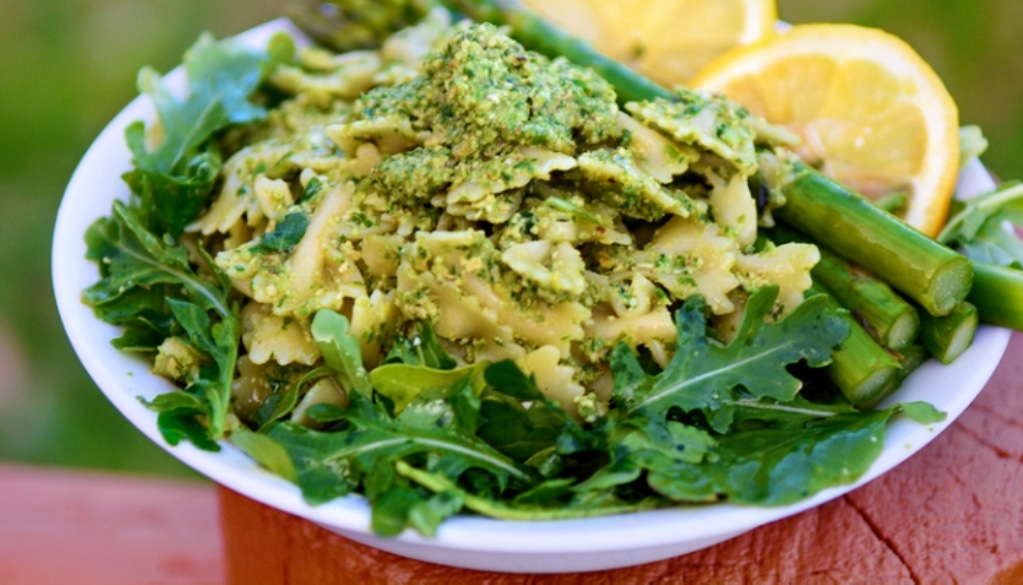 By Anonymous (not verified) 0 Comments

I love spring for many reasons—two of them are asparagus and arugula. When I was a child, my parents would take my brothers and I asparagus hunting, and then we would enjoy the bounty.

Each spring, arugula (or Eruca sativa, also known as rocket, rucola, and rucoli rugula) pops up everywhere in my garden, like a weed. My favorite kind of weed. I anxiously await its arrival to toss onto every meal I make, with a touch of olive oil and lemon.

During the Middle Ages, growing arugula in monasteries was forbidden. According to many classic authors of the time, it was considered an aphrodisiac.

But Charlemagne of 802 decreed it suitable for growing in gardens, and many people believed that if it was prudently mixed with lettuce (which was deemed the “opposite” of arugula, being calming, perhaps soporific), that it could be suitable for consumption.

Recipes for asparagus are found in the oldest existing recipe book, Apicius, which is believed to have been compiled between 1410 and 1434. And in his book, The Perfumed Garden of Sensual Delight, Muhammad al Nafzawi celebrated asparagus for its aphrodisiacal powers and ability to counteract fatigue. Of course, none of this is based in science. It just adds to the allure of one of my favorite springtime pestos!

Combining arugula and asparagus with some walnuts and asiago cheese makes for a flavorful meal full of possibilities.

Put all ingredients (except lemon juice) in mini-blender and coarsely chop. Put in mixing bowl, squeeze lemon juice on top, and gently fold in. Set in refrigerator until ready to serve.

The possibilities are endless.

This recipe is also posted on YogaInternational.com