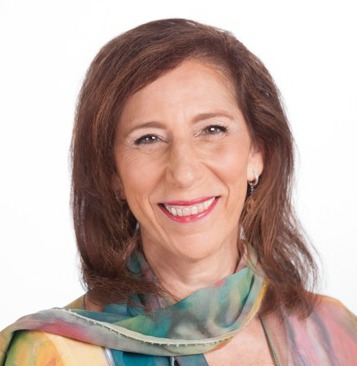 As promised, I’m beginning my new blogs with a free tip from my e-book, 33 Tips for Self-Empowerment. Your tip for today is: Discover Your Creativity. You can reconnect with your Limitless Higher Self by discovering what form of creativity gives you joy. Explore writing, dance, music, art, etc. Create just for your own pleasure, self-expression and self-discovery. If you are concerned about people criticizing you, keep your creative explorations to yourself. In fact, it is usually the fear of our self-criticism or the judgement of others that blocks our creativity or even our willingness to try.

From Ridicule to Enjoyment

This topic of creativity is particularly important to me because even as a child, I was told that I had no creative ability. When I took ballet, my father ridiculed me. When I tried to draw or paint, I was told by my parents and teachers that my art was no good because I couldn’t do realistic works. When I tried to write creatively, I was told that I should stick to essays or maybe work for a news magazine. I believed my parents and teachers until I was 50 at which point I decided that I had had enough. I refused to have my creativity stifled any longer. I started writing, painting and dancing. Now, I’m an accomplished Argentine Tango dancer and have even performed. Listen to my show with Argentine Tango dancer Christy Cote.  I have published creative writing stories and poetry and received praise from Anne Waldman, a poet and colleague of Allen Ginsberg. My art work is shown internationally and has been on exhibit in numerous museums and art galleries around the country. I’ve sold my hand painted fashion designs to Mary McFadden, a famous fashion designer from the 1960’s who was still receiving awards in 2013, and I’ve received praise from another fashion designer, Nicole Miller and from Kim Dawson, founder of the well-known modeling agency.

When I discovered that I actually had creative talent, I developed a process to help others express their creativity. I realized that if I could do this, we all can create despite what we’ve been told. We don’t have to publish, perform or sell our creative works or talents, but we must allow ourselves the joy of self-expression. One of the saddest stories I ever read was by a woman who had been cleaning out her aunt’s attic after she passed away. She discovered a blank piece of paper except for the words: “Once upon a time”. No one should die with their stories, music, paintings or heartfelt self-expression still inside of them.

Love Yourself Enough to Explore

Allowing love to replace the illusion of fear is the key to bringing all good things into your life, including creativity. I have walked this journey, and I know what it’s like to be afraid to express my creativity, to be afraid of the judgment, the criticism, the rejection. When you expose your heart felt creativity, it is like being naked in front of the world. The last thing you want is to be laughed at. So, instead, most of us hide the most vulnerable and the most authentic parts of ourselves. I want everyone to love themselves enough to feel safe exploring and expressing their unique creativity, like I do now.

After years of telling myself that I was expressing my creativity by being a wife, mother, professional career woman and volunteer in the community, I finally admitted that I was neglecting important parts of myself. I was challenged to look deeper into my Self and come to this awareness after hearing David Whyte speak. (My show with David Whyte) One sentence in particular caught my attention: “Your soul would rather you fail at your own life than succeed at someone else’s.” I was so busy succeeding at someone else’s life that I had no idea how to even begin to understand what he was saying. I listened over and over again until I found myself taking action that would eventually change my life. I didn’t have a plan, I just began with what was in front of me.

I had always wanted to write, so when I heard some people who I barely knew talking about forming a writing group, I asked if I could join, and that was the beginning. I was amazed at the pieces I wrote. They were all impromptu with no rewriting, just putting on paper whatever came into my mind while pushing my internal critic out of the way. When I was an undergraduate, I had explored the idea of becoming a writer, but my composition teacher told me that I wouldn’t be successful in a creative writing career. I allowed myself to be discouraged. Eventually I got tired of other people telling me what I was capable of and chose to explore it on my own. I discovered that writing could be fun, that I enjoyed it and my fellow writers enjoyed my work. That was good enough for me. Eventually I even published some of it and maybe someday will publish more.

Then I decided to work through Julia Cameron’s book, The Artist’s Way. Some people take it as a class. I preferred to do it on my own. I actually worked through the 12 chapter book two different times over the course of a few years. Each time I got new growth because I was different. What I discovered is that we are all creative and we just need to give ourselves permission to explore our own brand of creativity, which I did. As a result of one of the exercises I bought some children’s watercolor paints. I had so much fun that I continued to explore watercolors, silk painting, acrylics and mixed media on my own, developing my own style. I had taken a few oil painting classes in my early 20’s but since we were copying the masters, I didn’t ever really feel like they were my paintings. Later when I saw the originals, I realized that they really were my interpretation of the masters rather than exact copies. Although I felt better about my previous work, I still preferred the freedom that I had with the new paints that I was using. Oils took a long time to set up and clean up and besides the reason I used them originally was because I could go over and over them to make them perfect or attempt to anyway. Now, I love the freedom and flow of paints that move and blend create surprise and serendipity. I now make room for the Universe to participate in my art. The joy is that animals, people and angels appear in my paintings that I don’t intentionally put there. I went from impressionism to abstract expressionism and I have more fun than I would have thought possible.

The other creative activity that has brought me great joy and taught me to be in the moment is Argentine Tango. It’s really a walking meditation. What you see on the dance programs on television is performance tango, not the social dance. The social dance is not choreographed. It’s spontaneous, in the moment and different with each song and partner. To be a good follower, I had to learn to let go of my thinking brain, trust, and feel my partner’s lead. I actually close my eyes so as to stay totally focused and not allow myself to be distracted by other dancers. The biggest challenge, however, has been to clear my mind. The result is that I have learned a great deal about myself and myself in relationship to others. I have learned about drawing boundaries and protecting myself from untrustworthy partners. I have also discovered that the little girl, who was made fun of, called a klutz, and rarely asked to dance, does not exist anymore. Argentine Tango has helped me learn who I am on the dance floor and in life.

Poetry is another form of creativity that has astonished me with its blessings. Although I was an English teacher in the early years of my career, I never felt comfortable with poetry on the whole. There were a few poets who I understood and enjoyed but for the most part poetry was not accessible or pleasurable for me to read or to write. It wasn’t until I heard David Whyte recite poetry that I fell in love with poetry. I was overcome with the beauty he conveyed through his depth of connection. The poetry went into me, where it still lives. As a result, I actually wrote a series of poems about my mother’s family. It was a way for me to come to terms with some of the pain in our family history, to feel it, to understand it, to share it. The process of writing poetry is different than any other form of writing and it allows one to grasp, digest and feel in a way that is unique onto itself.

Give Me Your Feedback

I’ll be offering a workshop on Creativity as Self-Expression July 17.  My journey into exploring, discovering and expressing my creativity has brought me numerous silver linings. What is hidden inside of you that you want to express?