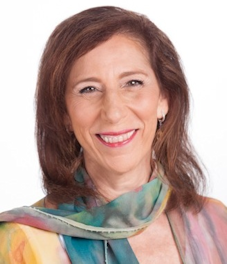 Healing Abuse within the LGBTQI Community

We all grow up with fears, feelings of not being good enough and insecurities. Now add being told by your family, society and your religion that there is something innately wrong with you, that you need to be fixed, that there is no room in heaven for you and top if off with the belief that God does not love you. How do you have any good feelings about yourself? How do you make it through the day? This is the experience of most people who grew up lesbian, gay, bi-sexual, transgender, queer or intersex. Yes, things are changing, but a lot of damage has already been done through the abuse experienced at the hands of family, society and religion. This abuse seems normal to many and opens the door to abuse within their intimate relationships. If you don't feel you deserve anything better, it is hard to leave abuse. In fact, you might even have the false belief that no one else could ever love you and that you're lucky to have anyone at all.

Abuse from the Outside Creates Abuse on the Inside
We have made progress in many ways. Laws in the United States have opened doors for same sex marriage, which is really about more than marriage. It’s about health insurance, property rights, social security and inheritance. It’s even about assuring that a life partner can no longer be barred from a hospital sick room or a funeral because now there is a legal document protecting them. There are countries, however, where someone can still be legally sentenced to death by stoning because of their sexual preferences. Some places are not safe to travel to as a tourist if you’re part of the LGBTQI community, and as we’ve seen recently in Orlando, Florida, it isn’t always safe in the United States of America either.

Just because laws are changing, it doesn’t mean that the attitudes of families, religious communities, bosses, and neighbors are changing. People, who don’t fit the heterosexual mold, experience multiple kinds of abuse. They are often rejected by their families, told that there’s no place in heaven for them and made to feel that the core of who they are is somehow wrong and against the natural order of things. Even with laws prohibiting workplace discrimination, the school district I worked in removed an amazing teacher from the classroom because parents complained about his being gay. A principal in the same district hid her sexual orientation for fear of dismissal, and I know people who are still in the closet for fear of losing the love of their family.

I find that television is a good barometer of what the public is willing to accept, and I don’t see any gay or lesbian presidents or CEO’s or high powered professionals on television. Broadway is bolder, with Kinky Boots as a beautiful example. There are two profound messages in that play. One is the transformative power of accepting someone just as they are. The second is that when you change one mind, you change the world. It’s time to change the world—to eliminate the fear of being who you are and the abuse from the outside, which can lead to abuse within intimate relationships in the LGBTQI community.

After my December 17, 2015 radio show with Dr. Gus Kaufman on healing abuse in the LGBTQI community, I received a wonderful message from Karen through LinkedIn. She wrote: “Did you hear me and everyone I got to listen cheering aloud over your show? It was leading-edge and will change the lives of many who have ears to hear! Thank you.” I really appreciated her enthusiastic response. I had been wanting a guest on this topic since I began the show in 2014 but had not found the right person until Dr. Gus Kaufman. It was worth the wait.

Allies
During the show, Gus commented that allies like me, who are heterosexual, are important for healing abuse in the LGBTIQI community. This really resonated with me because, in truth, we all need to be allies--or we are part of the problem. There is no neutral ground. Hatred and judgment create fear and abuse in the world. Eventually that negative energy affects all of us. If we can’t change our attitudes and behavior for the sake of others, we must do it for the sake of ourselves, for our children, for the world. We are all at risk. What we truly need is more love in the world. It’s the only cure for the widespread violence and terrorism. You do count. You can make a difference. Each and every one of us contributes to the well-being or to the destruction of the world. Every one of us has a choice. Especially in this troubled time of spreading anger, fear and hatred, I hope each and every one of you, chooses to add to the positive energy in the world by re-examining your attitudes. You don’t have to love, like or understand the other person and their life choices. All you have to do is accept them as they are. That changes everything.

I’ve learned to accept even my abusers. Accepting doesn’t mean that I choose to approve or condone their behavior or even spend time with them. It just means that I stop judging them and wanting them to be different. Who they are and the choices they make, is up to them. I have my hands full becoming the best person I can be. When I focus on my choices instead of someone else’s, I’m increasing the well-being of the world. I ask each and every one of you to change your attitude, accept what is and spread love. That’s the true meaning of all of the winter solstice holidays of light. Each of us can bring more light and love into the world and by so doing, save the world. So, I ask you, “Who are you tired of hating or being angry with? Who are you ready and willing to accept just as they are?”

Silver Lining Story
My silver lining story is just as relevant for same sex marriages as it is for heterosexual marriages. Abuse within a relationship is never acceptable. Each of us must find the strength and self-respect to never allow ourselves to be abused. My story begins with someone greeting me earlier this week with: “I’m sorry you were treated so poorly by your ex-husband.” There was a time when I would have easily fallen into a “poor me” blame and anger fest. Instead, I found myself saying, “I’m not. It’s what I agreed to before I came into this life.” More importantly, I have learned so much and grown in ways that wouldn’t have been possible otherwise. Those challenging experiences helped me develop the strength to get out and to create the amazing life that I have now. Life is a constant revelation with new surprises around every corner. For instance, shortly after my show with Gus, I was scanning the digital version of the New York Times when I ran across an article that caught my attention, “Run, Hide, Fight” Is Not How Our Brain Works. Gus had just mentioned that abused people often developed digestive problems because they didn’t have time to digest their food properly with the fight or flight response causing them to always be on alert. This synchronicity added to my interest and led to a deeper understanding of myself and my clients. The new brain research shows that we are wired for “freeze, flee, fight.” Our first response to danger, then, is to freeze.

Having grown up with abuse, danger was always present. Consequently, the tendency for me to freeze got generalized and was not limited to what most people might consider dangerous situations. It helped me understand why well into adulthood I held my breath, or froze my respiratory system, when someone yelled or I felt fearful. It took me years to retrain myself to breathe through challenging situations and to breathe deeply into my belly rather than taking shallow breaths into my upper body. It also seemed to explain why one of my digestive problems is that food would get stuck, or frozen, in my esophagus, not being able to move up or down. This new understanding helped me release this old physical pattern. As I connect the fear to the origin of these physical problems, I am able to heal them. And since everything is connected, as I let go of old fears, my digestive and respiratory problems are healing, which in turn allows my scoliosis to heal. As painful as all of these physical difficulties are, there’s a part of me that is absolutely fascinated by the healing process and how I get new pieces of information just as I need them. I feel like I’m running a science experiment on myself. A fascinating development for someone who barely got through her science classes.

So, no, I don’t feel sorry for myself or the abuse in my marriage. The silver linings are too numerous and too profound. An easy life would not have forced me to dig deep. Just like the oyster who needs that grain of sand to grow a pearl, people need challenges to grow their strength and find the best parts of themselves. And I have to accept my own role in the way my life evolved. I chose to stay in that marriage for 36 years. Yes, I can tell you all the reasons why it’s amazing that I got out at all. That still doesn’t exempt me from facing my own poor choices. And having said that, I have to follow it by saying that those poor choices led me to learn about different ways of living, different philosophies of life, how the spiritual realm works, about healing and about my own hidden gifts and talents. No one is more surprised than I am by how much fun I’m having with my radio show or that I’m the same person who would freeze in fear when asked a question. And as I wrote that, I realized that it was another freezing response.

Tip of the Week
Today your tip is to use Personal Prayer. My life started to change when I changed my prayer. Instead of asking for that marriage to be good, I started asking for my own happiness. Even in my darkest moments, I believed that there was a better way to live. I never gave up hope that my life could be better. I never gave up on myself. In the moment of saying that prayer, I made a choice. I chose to live, not just survive. That set me on a path of releasing my fears and filling with love; love from God, or Source, love from my healers and eventually love from my Self. At some point the balance tipped and love became dominant.

A client, who is also a listener, revealed how a prayer helped her begin to change her life as well. She said she started asking to see the truth and to have the strength to deal with it. This set her on a course that gives her the truths she needs as she develops the strength to handle them.  She told me how just listening to the strength in my voice as I talk about my own healing helps her grow stronger. I am grateful for that feedback because that’s one of my main goals. I want you to catch my strength, self-empowerment and joy. Enough suffering! It’s time for the good stuff in life!

Call to Action:
Are you willing to see the truth in your relationships and attitudes? It’s time to become part of the solution, not the problem.