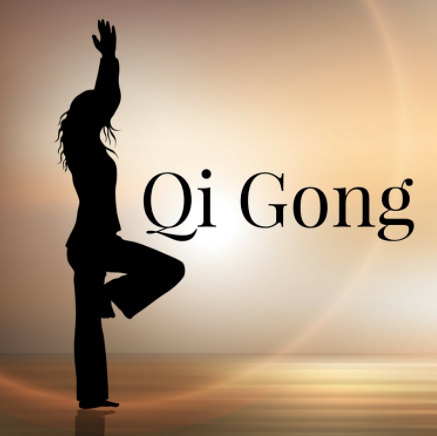 People have many questions about acupuncture. Most people ask how the ancient Chinese figured out where to put the needles. Great Question! It turns out that the oldest tradition is through meditation, known as Qi Gong. These ancient meditation practices were passed down to interested persons, mostly those who study martial arts or the healing arts.  The health benefits of Qi Gong have been long recognized in China.

Qi is Life Force Energy. It is Life. The better one’s flow of Qi, the better health one has.  Just as the body needs air and food, it also needs exercise or movement to optimize blood flow. The focus of Qi gong is to do movements that increase the blood flow and the flow of the qi, or life, in the body. The movements and breath of qi gong allow the qi to flow to all the cells in the body. When the cells are fully energized, they are healthy. The doctors of ancient China would often use their own energy to heal their patients.  We see this in other traditions. Most popular today in American culture is Reiki, which has its history from Japan and focuses on energy centers of the body. The practitioner uses their hands to feel the energy of the patient and balance them.

Chinese practitioners used qi gong practices to promote healing in their patients, and often would use herbal medicine in addition, if needed. For centuries, this was the common form of Chinese medicine; herbs and meditation. Materials for acupuncture needles were not easy to come by. However, as needles became more common, practitioners would use the needles to move the qi in the body of their patients.
When the communist took over China in 1949, Qi gong was incorporated into the culture in a couple of different ways. Today, basic practices are done in schools and work places. Throughout the day, people are given breaks to do qi gong exercises. The other use is by medical practitioners, as part of their training. In both modern China and America, Qi gong exercises in the form of breathing, or visualization of qi flow is recommended for patients to practice during their acupuncture treatments.

In addition to a healthy diet, adequate rest and exercise, Qi gong is a great practice to promote health.  You can visit your local acupuncturist to feel Qi flowing in your body.  An acupuncture treatment is a great introduction to your Qi.  Your acupuncturist will suggest Qi gong in the form of breathing exercises or visualizations to help you get the most from your experience. In just a few treatments, you will feel like a healthier, happier you!