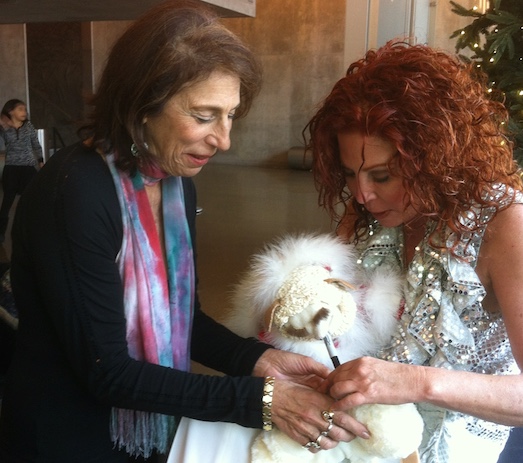 Walk The labyrinth: A Sacred Experience

Walking the Labyrinth has contributed greatly to my spiritual development. I feel deeply connected to the universality of the mystical process that I engage in every time I enter the Labyrinth. As with so many of my spiritual beliefs and practices, the more I study, observe and open my heart, the more similarities I see among all of our paths.
When in the Labyrinth, I feel a releasing as I move into the center, a connection with God in the middle and a going deeper into my mission in life as I exit. I feel connected to myself, to all traditions and to the oneness of the universe when I use the Labyrinth whether outdoors, in a place of worship or with my finger Labyrinth at home.

The Labyrinth Experience
A few years ago, I had the privilege of walking the Labyrinth at Chartres Cathedral in France. The experience was profound. It always is, regardless of whether I am conscious of how or why at the moment. On this particular walk, however, I was very much aware of many feelings and insights.

It actually seemed as if my whole time in France was a Labyrinth experience. The first half of the trip, I kept going in circles, thinking I was lost, and then discovering that I was just where I needed to be, even if I hadn’t planned it. Eventually I arrived at all of the places that were in my conscious plan. In addition, I had numerous wonderful and unexpected experiences that were usually more powerful and meaningful than the plans that I had made. It felt very much like a living out of the expression, “Man plans, and God laughs.” Eventually I just relaxed into what was happening and gave up trying to control it.

The last half of the trip was like coming out of the Labyrinth. I was filled with a stream of ideas for ways to pursue my artistic endeavors. I saw ideas everywhere. They poured into me when appreciating architecture, Parisians’ clothing, gardens and fountains. I was especially aware of new ideas at the most exciting art exhibit that I saw in Paris–which appeared out of nowhere as I was on my way to something else. Everything seemed to be talking to me to such an extent that I had to write things down in order to keep from losing them.

Walking the Labyrinth was, of course, the highlight of the trip. My attention was continually drawn to the brilliant light coming through the window with the Tree of Life. I was so overcome by profound feelings of gratitude and connection with the divine that my hand automatically went to my throat or heart. In the middle of these deep feelings and only partway to the center, the guards started announcing the closing of the Cathedral and that everyone had to leave. I was determined, however, to finish my walk. I continued to the center, as did a few others. I wanted to leave in a respectful manner, and there was no time to spiral out. So I decided to do as my guide had suggested earlier in the day and walk out in a few short steps, on the Labyrinth crossbars, toward the Nave. Despite the fact that the guards were blocking the way, I began my planned exit from the Labyrinth. Later, the man, who had been directly behind me, told me that I had walked with such authority that the guards parted to make a path for me. I had not really been conscious of what was happening. I was too focused on my process. His words, however, touched me deeply because they told me how far I had come in my personal growth.

Changing My Plan
I had wanted to journal as soon as I left the Cathedral, but as with so many of my intents and attempts this vacation (and in life), my plan was changed when this man stopped me with a request to talk. Once again, I released my personal plan and allowed a better one to take its place. He wanted to thank me for helping him to create a sacred space in the midst of so many people who were laughing, talking, curious or uncertain. I, too, had been distracted by these same people and had wondered whether I should say something to them. I wondered if I chose not to speak because I put their rights over mine or because I respected their right to explore the Labyrinth experience their way. And then I heard a loud voice in my head that said, “the only person you can change is yourself,” and I knew I was right to be silent and focus my attention inwardly on my journey. Then to affirm my learning, the man said that he saw people’s attitudes change as they “caught” the devotional tone that many people were expressing. He appreciated being shown how to get out of his head and into his feelings.

This man and I, total strangers, who never even exchanged first names, talked very deeply for two hours. We discovered that both of us had experienced many detours during our vacation. He speculated that maybe that was life—you need to keep your eye on a goal in order for everything else you didn’t plan to happen.

Our meeting during a mystical experience seemed to be far more than coincidence, having its own mystical qualities. Each of us had something wonderful to give to the other. And so it would seem that my connection to the Labyrinth is important. I trust that exactly how will emerge slowly, one step at a time–that is, if I focus on a goal and explore the unplanned detours along the way.

I would love for you to join me on November 12th, at the  Episcopal Church of the Transfiguration, Dallas, for a  sacred time of walking the labyrinth.

Go here to find out more in this video with Dr. Paula!