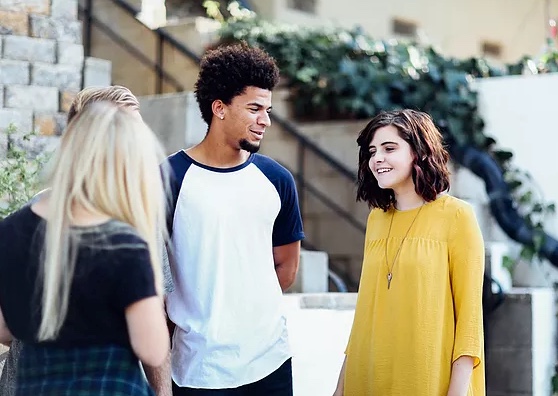 Talking With Teens: Find Out What Really Matters

Click here to watch a short video of Dr. Rosenberg to understand his work.

What Really Matters
At it's core, NVC is designed to get to the root of what are the basic human need/s people have who are communicating with each other. As human beings, we all have needs. We all understand our basic need for survival - food, water, safety, sleep, shelter, etc... But there's other needs as well.

Here's some of them:

In each category, there are sub-categories. For example, under Freedom there is the need for choice, ease, independence and power. Under Connection there is the need to feel appreciated, to have companionship, to be loved and nurtured, to matter, to belong. Under Meaning, there's the need for honesty, integrity, self-care, to contribute, to be creative, to have purpose.

Talking to Teens: Lose-Lose
Once we can establish the need someone is wanting to fulfill, we can begin to collaborate with each other. Everyone wants to be understood. There's nothing more frustrating than trying desperately to explain our side of the story, but the other person just doesn't get it!

That's a common occurrence between parents and their teenagers. A typical conversation might go something like:
Teenager:  I want to go out with my friends tonight.
Parent:  No you can't. It's a school night.
Teenager: But that's not fair! All my friends are going. Why can't I?
Parent: I don't care what your friends are doing. This is my house and you will follow my rules!

Sound familiar? Surely the parent will get their way, because they have the power. But how will the teenager feel? Most likely angry, hurt, frustrated and hating their parent. The parent will be angry at the teenager for disrespecting the parent and putting them in the position to say, "no." It's a lose-lose situation.

Talking to Teens: Win-Win
But if we paused to really listen to what the other person was saying and what really matters (a.k.a. needs) to the other person, then the conversation would turn out much differently. It might go something like this:
Teenager: I want to go out with my friends tonight.
Parent: I understand you are probably tired from school and want to relax with your friends. But I worry that you won't get enough sleep and will be tired for school tomorrow.
Teenager: I understand that you're just looking out for me, which I appreciate, but it would mean so much for me to hang out with my friends. We are all so busy and don't get to just relax and NOT talk about school. I know it's a school night, but can I just go out for a little while?
Parent: Ok. It's important for all of us to have some balance in our lives. You can go out, but please be home no later than 9:30.
Teenager: Thanks mom! You're the best!

You see what happened there? Each person understood what really mattered to the other person. A mutual respect was established, which opened up their minds to other possibilities that would be a win-win for both of them.

Respect
What's also really important here is respect. My mother taught in a high school (my old high school in fact) for 35 years. She was, and still is, the best mother anyone could have. She taught me at a very young age that children need to be respected. If you respect them, they will respect you.

So often, the adult looks down on the child or teen just because they're older. But children are human beings, and they have the same needs that adults do. As adults, we have to remember we were once young like them. We had needs that weren't met just as they do. If we can just look at the other person as a mirror. What is most important to them? What needs do they have that need to be met? If we all did that with each other, we would be having conversations that end with a winning outcome.

Our Kids are the Answer
There is so much hate and blame being thrown around everywhere these days. We're inundated with people refusing to understand and respect the other's point of view. This is the environment our children are being raised in. If we want more conflict and more violence then our society is paving the way for that kind of future.

It's more important than ever to teach our kids how to communicate with each other. To listen and learn what someone else really needs - What matters most to them. We need to give them the tools to create a world of peace, love and understanding. They are the answer. We need them more than ever to keep us safe and have peace of mind - Two basic human needs that guides us all.