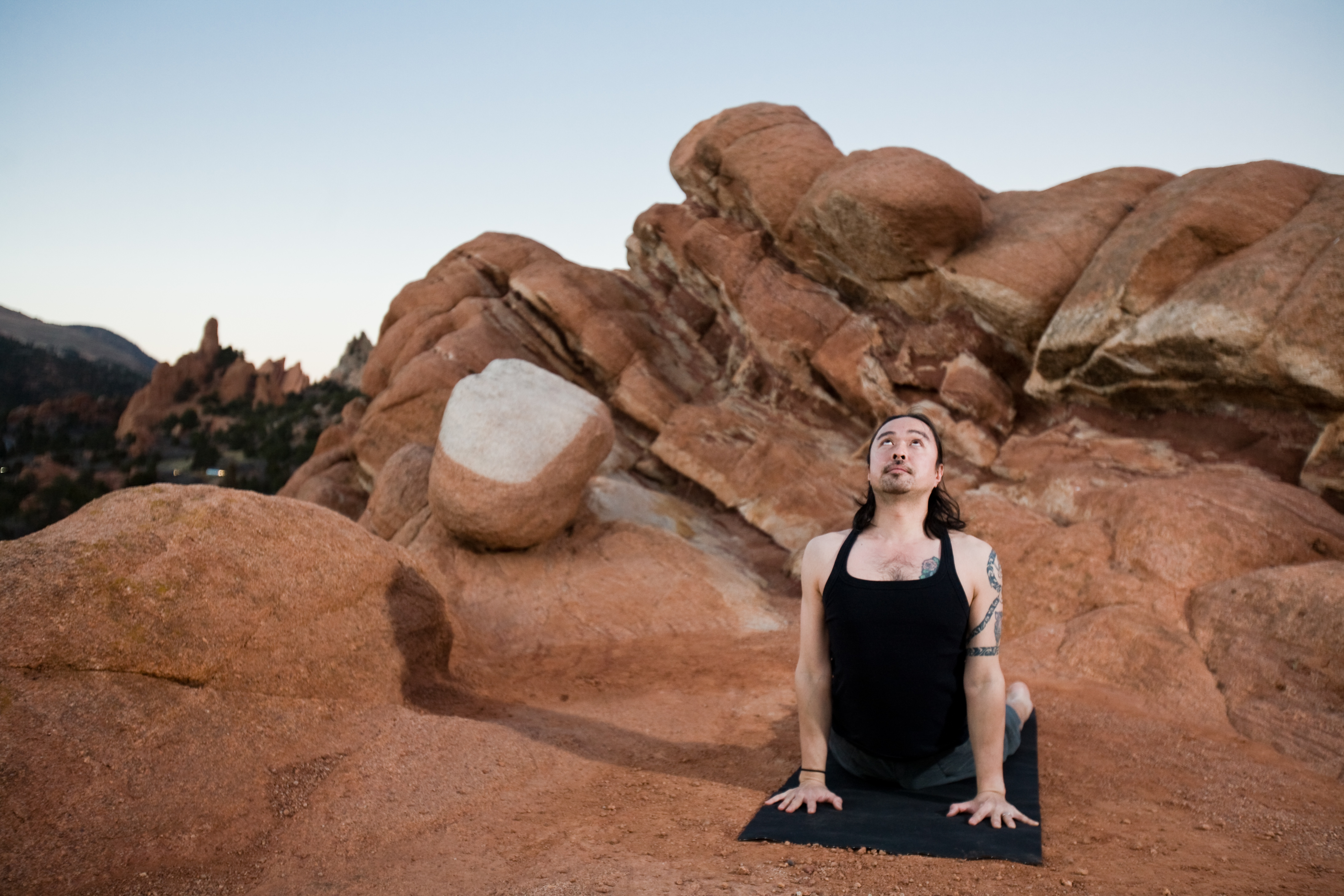 Join us for a fun weekend with Mike Matsumura!

Om Om Baby, Let's Kick It. Word to Your Mudra!

What is Om Om Baby Yoga? One word: Fun! The focus of this workshop is having a good time while practicing yoga asana! This practice is all about Ananda (Joy) and Vairagya (Non-attachment). With putting a little extra fun and creative freedom into your spiritual practice, you will be surprised at what you are capable of achieving. This workshop will encourage some lightening-up on your path towards enlightenment! (Inspired by Sri Vanilla Ice. ) Appropriate for everyone.

Ain't No Mountain High Enough. Taking YOUR Practice to YOUR Higher Level

In life, it can be a great adventure to take a leap of faith and try something new. It is ok to play it safe, but sometimes in life, we can achieve greater accomplishments by trusting ourselves and taking risks. Imagine if you never took risks in your life. First off, you wouldn't be here on your yoga mat! In this workshop, we will work on taking your practice to your highest level. It takes courage, practice, patience, dedication, compassion, a step away from fear, and just plain ol' enjoying the journey to Self-realization. It is through taking risks and believing in yourself, that you will be able to see what great things you are capable of achieving. So let's unroll our mats and take that leap of faith to discovering our highest potential and to reaching the higher Self! Appropriate for everyone.

Hatha Yoga is a general category that includes most physical yoga styles. It is one of the classical yogic system that includes the practice of asanas (yoga postures or seat) and pranayama (yoga breathing exercises), which help bring peace to the mind and body, preparing the body for deeper spiritual practices such as meditation. Raja Yoga is generally termed the Ashtanga Yoga or the Yoga of Eight Limbs, through the practice of which freedom is achieved. These eight limbs are: Yama, Niyama, Asana, Pranayama, Pratyahara, Dharana, Dhyana, and Samadhi. We will slowly introduce all aspects of Hatha Raja Yoga in this workshop. Raja Yoga (mental practice) picks up where Hatha Yoga (physical practice) leaves off. Raja Yoga is so-called because it is primarily concerned with the mind. Because of the relationship between the mind and the body, the body must first be tamed through self-discipline and purified by various means (Hatha Yoga). Appropriate for: Intermediate-advanced practitioners who want to advance their practice, yoga teachers.

Upside Down You're Turning Me. Basic Inversions and Arm Balances Workshop

Many yogis will say their biggest challenge in their physical practice is approaching inversions. If you are like many other practitioners, your inversions could use some work. Mike will share the basic mechanics of inversion postures. He will focus on safely helping you achieve these major inversions (headstand, forearm stand, handstand, shoulder stand). The use of props (if needed) will also be incorporated. Appropriate for everyone.

Mike Matsumura, YA 500hr E-RYT- In March of 2002, Mike walked into a yoga center in the Lower Eastside of Manhattan wanting to get into an exercise class. That yoga center was Jivamukti Yoga Center. He didn’t know exactly what he was getting himself into but he thought it would be a great place for light stretching and a workout. What the class had for him was nothing he had ever experienced in his life. At first, everyone just sat there and the yoga instructor started preaching some stuff that he didn’t understand at all, and then the class started chanting the word Om. He was confused and initially, he didn’t like it at all. He didn’t know anything about yoga, meditation, chanting, or spirituality. At first, he was turned off by this chanting and mediation stuff. He felt it was not his thing but kept doing it anyway. He tried to keep an open mind and then he started to understand it little by little. If you allow yourself, you can learn anything and everything from anyone and everyone. That was the beginning of his Yogic Path.

In 2003, Mike met his gurus (teachers), Sri Dharma Mittra & Eva Grubler, with whom he studied with in NYC at Dharma Yoga Center. Mike eventually became a Yoga Alliance E-RYT 500 hour advanced certified teacher in Dharma Yoga Level 1-3 and also became initiated as one of Sri Dharma Mittra’s disciples right before he left NYC for Colorado Springs to be with his wife. Sri Dharma Mittra gave Mike the Sanskrit name Sadhu Om, which means the righteous and holy.

While residing in Colorado (2006-2014), Mike Sadhu Om and his wife, Charlotte Shakti Devi Matsumura, co-founded and ran Prana Yoga Center in Colorado Springs from 2009-2014. Mike taught over 10,450 hours in a class setting, teacher training, workshops, festivals and privates over his yogic career. He also co-directed the Yoga Alliance registered 200 Hr. along with his wife and was the director of the 500 Hr. teacher training program.

Mike was also very involved with the Colorado yoga community. He was guest teacher for the events Spark the Fire in Denver, Yoga Rocks the Park in and Yoga Rocks Mountain Fest at Lyons and in Snowmass, Colorado, and Friday Night Yoga Club in Denver. Mike was one of the presenters for Telluride Yoga Festival in July 2012 and 2013. Mike also traveled to Austin for Austin Yoga Festival in October 2012 and Austin Yoga Conference in May, 2013. Mike also taught at the Hanuman Festival in Boulder, Co June 2015 and I Am Festival in Tulsa, OK. August 2015.

More on a personal side, Mike was born just outside of Tokyo, Japan and lived there until he was seven years old. At seven, he moved to and grew up mostly in New Jersey, where he attended school and played baseball, football, and basketball. Mike’s first job was dishwashing at a restaurant at the age of twelve where his father once managed. Through his teens and young adulthood, Mike worked as a dishwasher, a bus-boy cleaning tables, restaurant server, hotel bell staff, hotel front desk clerk, and bartender.

In his early twenties, Mike moved to New York City, where he pursued the path as a stage actor performing in Off-Off Broadway plays; he is a lifetime member of the worldly renowned, The Actors Studio and the Screen Actors’ Guild. He later worked as a property manager and personal assistant for a well-known celebrity for 16 years in NYC.

In the summer of 2014, Mike and Charlotte relocated to Austin to be closer to her parents. Charlotte’s mom was dealing with Alzheimer’s disease until she passed in January 2018. Mike is constantly continuing on his yogic journey, keeping his teachers and their teachings with him along the way. Besides working on this yogic path, Mike also practices being a vegetarian. Mike enjoys helping everyone to find their own teacher inside their heart.

A yoga mat and a good attitude. :)

Props will be at the studio. 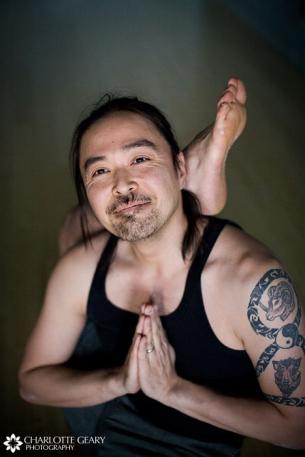 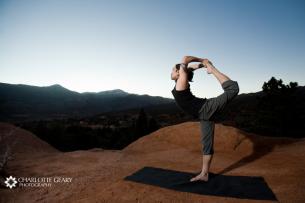