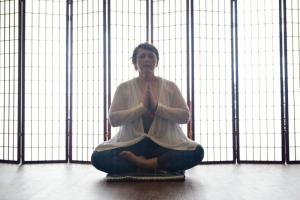 Nancy discovered yoga and meditation in college 45 years ago, and since that time she has had a long, continuous love affair with the practice.

She has had an opportunity to study and practice Hatha, Iyengar and Anusara styles of Yoga and with masters Tias Little, Erich Schiffmann, and John Friend. Nancy originally began teaching Anusara Yoga in 2003.

Her teaching style is a composite of the many styles of Yoga she has practiced over the years but is rooted in the traditional Hatha style and inspired by the ancient stories of India. Nancy is a story teller, known for her the depth of knowledge of Yoga and the ability to weave that into contemporary relevant explanations of yogic philosophy. Her story telling extends to her Restorative and Yoga Nidra practices where she uses beautiful words and images to yoke the mind and body into a state of deep relaxation.

Beyond her practices, Nancy can be frequently teaches in RYT200 & RYT300 program where she shares her deep knowledge of Yoga history and Philosophy. She has studied many translations of Bhagavad Gita, has memorize a large number of it's 700 verses, and takes joy in putting this ancient text into context and relevance for teachers of Yoga.

Nancy is a native of California, but now proudly calls Texas home and lives in Dallas. Nancy speaks several languages and has a love of Sanskrit, the language of Yoga, Nancy previously lived in Japan where she taught Yoga and studied meditation and has also traveled extensively in India, where the spiritual aspect of her practice was deepened. She is an engineer by training whose specialization has allowed her to travel to 41 countries and spend a third of her career living in Europe and Asia.

She is a former competitive transpacific sailboat racer; holds a difficult to earn 60m (197ft) advanced deep-air diving certification; and has completed the 26.2 mile challenge of the marathon a half a dozen times. First and foremost, through the practice of Yoga and Meditation, she is an explorer of her own mind. 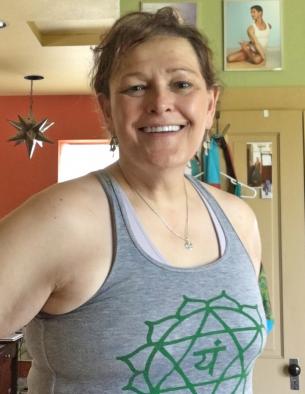 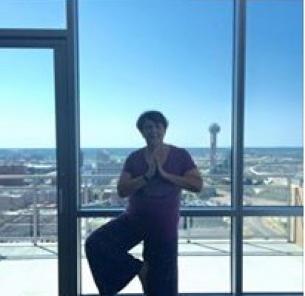